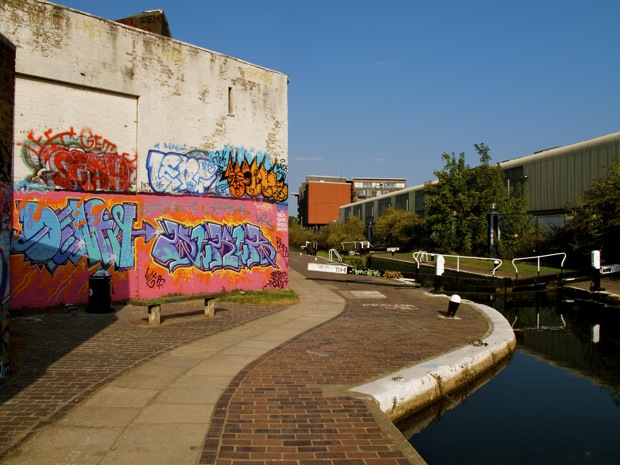 NB: the work I originally planned for this has been superseded and a new project will be published in my projects section. The old links at the bottom of the page are dead. [30/06/2012]

The area around Victoria Park and the 2012 Olympic Park is a fertile ground for graffiti artists. Walls are elaborately decorated and often almost instantaneously  redecorated – a night’s work overpainted in a day.
These works are imaginative, energetic and sometimes disturbing, but rarely boring. The following photo were taken in an area running the from the Regent Canal, along the Hertford Union and part of the Lee Navigation.

Starting on the towpath close to the gasometers off Cambridge Heath Road in Hackney, the walk goes east to the Lee Navigation – a distance of about 3.3Km. There’s a Google Map here of the walk and the locations of the photos. 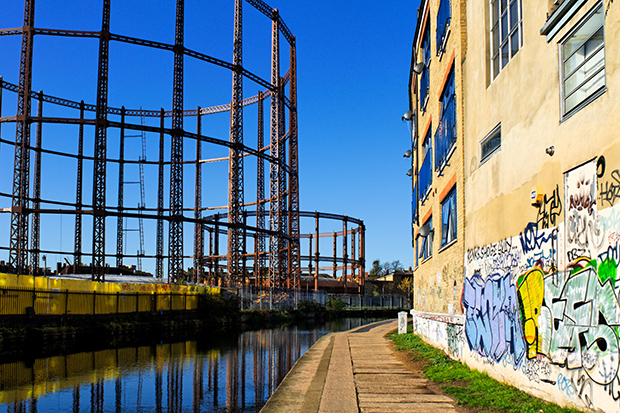 update Ferbuary 2010 As the artworks are changing all the time and the blog format was proving to be somewhat unwieldy to show a lot of pictures efficiently, I’ve moved all the photos to a new set of galleries.

Larger photographs of the ongoing artistic conflict can now be viewed here – in a continuously updated gallery of the graffiti around the olympic park.

I have now produced a book about this, click here to find out more.