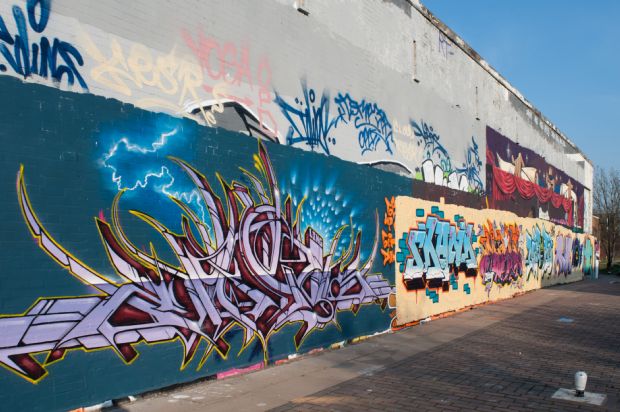 I’ve temporarily abandoned my twilight project. Apart from it being the wrong time of year (twilight is way too early or way too late), it needs a lot more thought and development. I still think it makes a better project for a series of paintings than photographs and creating that will take a lot of time, something else I don’t  have a lot of right now.

Instead, I’ve decided to focus on something I’d been doing in an ad hoc, unstructured, informal way – documenting the ongoing street art battle down by the Herford Union canal.

I’m not sure exactly how this is going to work, but my intention is to record each work, before it’s overpainted by rivals, sometimes that’s less than a week.